A few months ago I was fortunate enough to acquire some cedar beams that were salvaged from a barn that was built in 1886.  These were large swing beams that were never squared off…so they were still in log form.  Some of the beams were close to 24″ wide at the base.  I decided to slab them out nice and thick, and then decide what to do with them afterwards.

One of these slabs was milled out at 5″ thick.  One of my customers saw it and wanted me to make a bench out of it.  I was hesitant to sell this particular piece because I wanted to make a table out of it.  But…I caved in and decided to make the bench for my client.  He was pretty smitten with the slab.

There’s no big story to tell about the process here.  Simple cut, sand and finish job.  I finished the cedar with satin oil based urethane.  It brings out the beautiful red tone in cedar the best while giving it a protective film. 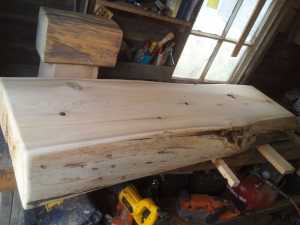 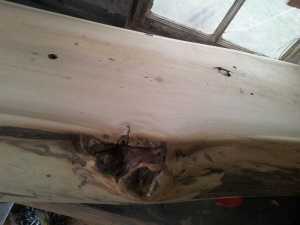 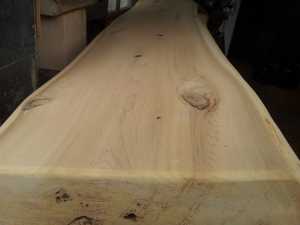 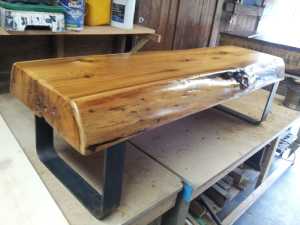 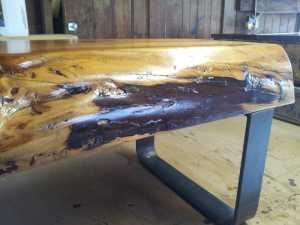 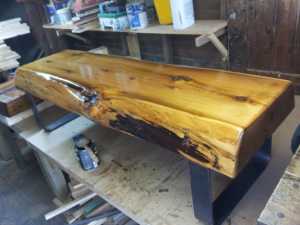 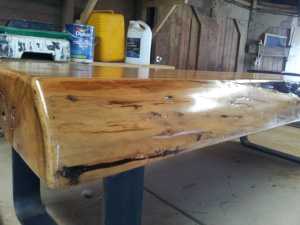 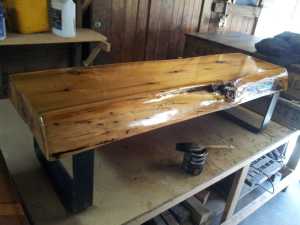 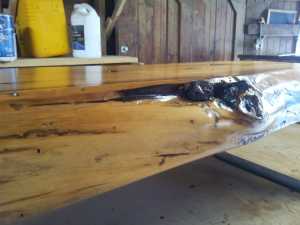 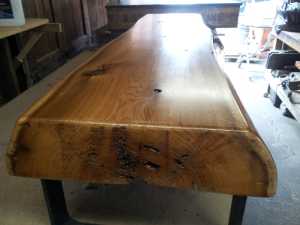 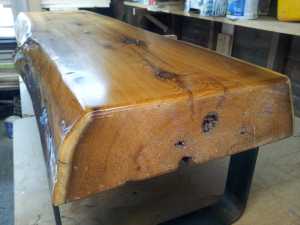